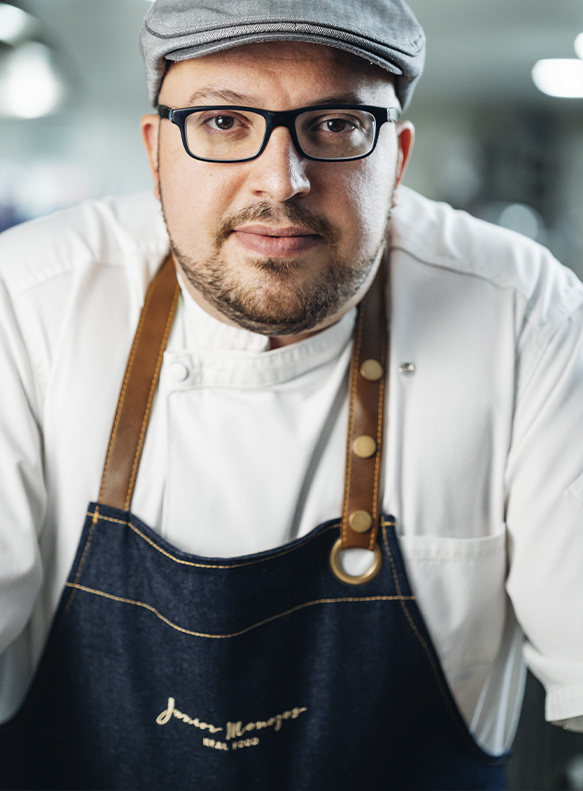 Born in Brazil, Junior first arrived in London in 2003, when he decided to come to study English leaving behind a Law degree course and his beloved family.

When he joined the world-leading culinary school Le Cordon Bleu London,  in 2008, the Brazilian Jose Junior Menezes had a dream: to become a professional chef. This dream was driven by passion and devotion, all based on love and dedication.

In 2009, graduating in French cuisine with Merit, Junior started his journey as a professional chef in London. Nowadays, together with his wife Emanuela Menezes, he is the head of a catering company, holding all sorts of events in the capital.

Master Member of Craft Guild of Chefs, the largest chefs’ association in the UK, Junior Menezes was elected from the TOP 50 UK chefs 2015 to write a recipe for the 2016 Official Cookbook. In the same year, the chef was awarded for his outstanding contribution to food by Lukas Latin Awards UK.

When the Covid-19 outbreak hit the UK with disastrous consequences, Junior Menezes, together with more than 150 volunteers from the Cathedral International Church, in South London,  decided to carry out an initiative with the purpose to provide food for people in need. The project COOK4LIFE  helped more than 2,500 people in London, the vast majority of whom were unemployed families with children.